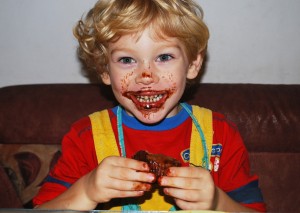 Fighting back
Whether your child develops a sore throat, cough, a cold, or picks up a viral infection they haven’t had before, a healthy immune system is crucial to fight any infection off.
So, what can you do to boost your child’s immune system?

The NHS has five top tips:
• Sleep – Quality sleep allows the release of growth hormones which benefit children’s immune system and their brain.
• Drink more milk – dairy products are packed with protein and vitamins A and B12 to allow normal growth.
• Eat more fruit and vegetables – these are key sources of vital vitamins and minerals
• Be active – regular exercise boosts the immune system, so encourage your kids to walk, ride a bike or play football
• Have a hearty breakfast – starting the day fully fuelled with a healthy breakfast will give little bodies the energy they need to fight off infections

Avoid second-hand smoke, anyone who’s known to have a viral infection and washing hands regularly are also important.
Ultimately, your child’s immune system benefits from balance, so combining these recommendations will ensure your child is well-equipped to handle any viral infection coming their way.